Awards
You are here: Home / Awards / The fascination of water / Water – the origin of life 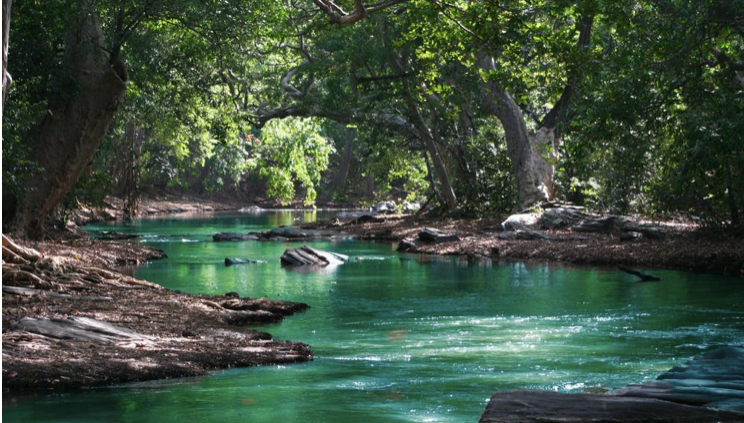 Humans have always been fascinated by water. Natural events such as floods or drought threaten human existence, at the same time there is no life without water. Water plays an important role in mythology and natural philosophy. More than three thousand years ago, the ancient Romans enjoyed their free time in thermal baths and built magnificent aqueducts. Aristotle counted water as one of the four primordial elements alongside fire, earth and air. And it is also the focus in religion. Water sources are venerated, in the Christian faith baptism marks the acceptance into the religious community, in the Hindu faith bathing in the river Ganges is an important ritual.

Water is the number one food

The earth is the blue planet. Water is the reason why life is possible at all. Around two thirds of our planet is covered by water, including the human body  consists largely of it. But we can only drink a small proportion of the total water supply. Only three percent worldwide is fresh water, but almost two thirds of it is ice and snow. Only 0.3 percent of the world’s water supplies are considered drinking water  available.

The average adult should drink about two liters of fresh water every day. Water scarcity is not an issue in Austria. Austrian households only use one percent of the theoretically available water in the country. Even if industry and agriculture are included in this calculation, consumption only makes up three percent. According to experts, Austria could supply almost half a billion people with drinking water with its water resources. That is almost the same as the population of the USA and Russia combined! From a global perspective, water is a scarce commodity. Two thirds of the world’s population suffer from water scarcity for at least one month a year, and half a billion people even all year round. Access to clean drinking water has been anchored in human rights since 2010. In some countries around the world, however, around half the population has no access to clean drinking water. Often there is simply not enough money to invest in an extensive water supply network.

The quality of our water is important. In order to preserve this important resource, we have to use it carefully. Since water is constantly in circulation, it absorbs many substances from the air and the soil. It’s like direct feedback from Mother Earth to us: If we don’t take care of our environment, we’ll pay the price with polluted drinking water. Ammonium, uranium or bacteria are signs of such pollution. Home well owners in particular should regularly do a water test  check the quality of the cool wet. If you get your water from a public water supplier, this is in principle responsible for it. Carrying out a test yourself cannot hurt, however; some people also opt for a filter system  or water softener. It is understandable that one would like to use this vital substance in the best possible way.

What we use our water for

Cooking, showering, watering flowers: we all use water every day without really thinking about it. Every Austrian uses around 130 liters of water every day. Water consumption has continuously decreased over the past decades. This is due to the increased environmental awareness of consumers, but also to advanced technologies. Modern devices try to save water as much as possible. The average water consumption is made up as follows:

While appliances such as dishwashers and washing machines are already very water-saving, work could still be done on the technology of shower or toilet flushing. In international comparison, we Austrians are quite economical with water. In our neighboring country Italy, around twice as much is consumed, in the metropolis of Dubai it is as much as 500 liters per person per day. That may also have something to do with our moderate climate. An international comparison of groundwater abstraction makes this clear.

Water is justifiably fascinating. No other material is on the one hand so self-evident and on the other hand poses so many puzzles. We know and appreciate water in all of its aggregate states. In liquid form, it ripples in rivers and streams, rests in large lakes or lays the sea in gentle waves. The sun makes it evaporate. Small droplets rise in the air, moisten it, form clouds or mist. If the water droplets become large enough, they fall back to earth as precipitation. Whether it is rain, hail or snow depends on the temperature. In its solid form, water covers the North and South Poles and, in winter, gives sugar to our houses, trees and streets. We find this water cycle exciting even in childhood.

Water is living space. We know numerous fish and other water dwellers that have adapted impressively to the most varied of conditions. In the deepest gorges of the seas, however, there are still unknown survivors who we cannot yet research with our current technologies. Water is an excellent means of transportation. In every respect: in the human body, blood and lymph consist almost exclusively of water and supply all cells with the substances they need for life. In nature, water can be the means of transport for pollen and thus pollinate flowers. But water also fulfills an important purpose in industry and tourism, as goods or passengers can be comfortably transported in this way.

The heaviest water is at four degrees Celsius. This is also the reason why a pond freezes over from top to bottom in winter – ice floats on the water. Both the melting point and the temperature required for evaporation are very high. No liquid has a higher surface tension. This means that water in textiles or plants can migrate from bottom to top against gravity. A chemical phenomenon is held responsible for these peculiarities – so-called hydrogen bonds. These are particularly strong bonds between small water particles.