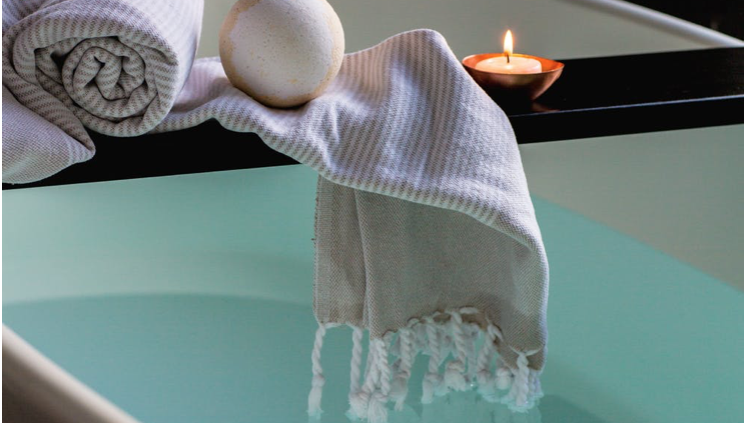 Limescale deposits in the household are a nuisance. Whether in the coffee machine, in the shower or at the sink – descaling and cleaning are part of it. A centuries-old tradition to combat such problems is magnetic water treatment. The first patent for it was issued as early as 1890. The principle behind this is clear from an example. If you want to shape a snowball, cardboard snow is suitable because it sticks together well. It won’t work with powder snow. Even though both are chemically the same – frozen water. Lime also comes in very different forms; from a chemical point of view, there is no difference between soft chalk and hard marble. This lies in the crystal structure.

Calcium carbonate is the name of the substance that forms lime, chalk and marble. When dissolved in water, one speaks of calcium hydrogen carbonate. It only forms limescale deposits when the water is heated or evaporates. Magentism affects the shape of the calcium hydrogen carbonate crystals. In untreated water there are crystals with almost right-angled structures. These can connect well with each other and easily stick to bathroom fittings or in the kettle.

Magnetically treated water has less coarse structures. The crystals become blunted, can barely combine and are simply rinsed out with the water. So the lime is not removed. Due to the changed structure, however, there are no more solid deposits, limescale stains can simply be wiped off with a soft cloth like chalk dust. Existing deposits – for example in the kettle or boiler – slowly dissolve. Satisfied users of these devices also report that the water feels softer and the tea and coffee taste better.

It doesn’t work equally well with every magnet. Several factors are responsible for efficiency. For example, several magnets should be built into the device so that the effect lasts for years, they have to be of high quality. The correct arrangement and strength of the magnets must be found through numerous tests. If the magnetic field is too weak or too strong, the effect cannot develop optimally. So there is a lot of research going into good equipment.

The handling of magnetic lime neutralizers is usually easy. The devices are plugged onto the water pipe; you can usually do this yourself. Complex maintenance as with other water softening systems  there is not any. The magnet only needs to be taken off the line for a few hours twice a year. Due to the force of attraction, small particles – made of iron, for example – can get stuck in the pipe, and when it is removed it can flush out the water. There are also no operating costs or wear parts. The magnet works without electricity or chemicals. This protects the environment and the wallet.

In these systems, the lime remains in the water. It is made up of the important minerals calcium and magnesium. These are not only essential for the human body, they also give the water a good taste. Magnets cannot filter substances out of the water. This means that all pollutants are retained. In contrast to other systems, there is no risk of contamination from the devices. The magnetic calcium conversion only lasts for about 48 hours. Usually this is not a problem, as we use enough water anyway. If you use a large boiler that you will not use in its entirety during this period, you will need a second device. However, the technology is not suitable for some areas of application. Some aquarium fish need particularly soft water. If you don’t want to change it every two days, it has to be processed in a different way.

No other type of water treatment is so much criticized. The reasons for this are partly obvious. Most advertising uses the term magnetic water softening, but it is misleading. The lime is not removed, so the water is not softened. A water test  shows the same result with and without the device. The test is carried out in a chemical way, a physical principle cannot of course be proven in this way. If one examines physical parameters such as electrical conductivity or the pH value, changes can be clearly identified. Most clearly, however, are the microscopic images of the lime crystals. Even if skeptics still claim the opposite – scientific test institutes have now clearly confirmed the effectiveness of some devices.