Awards
You are here: Home / Awards / The fascination of water / Lifestyle for drinking 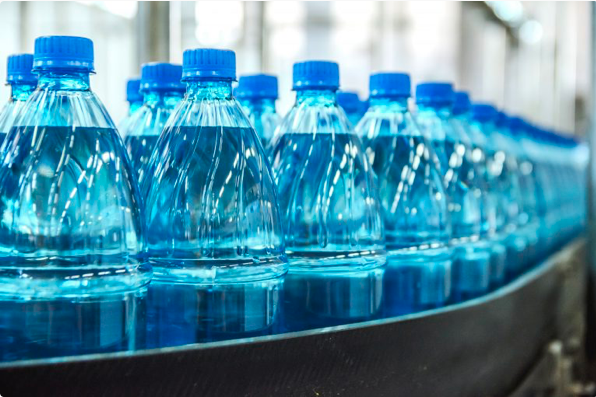 It has long been a core business for the large beverage multinationals. Bottled water has become the best-selling drink in the world – that’s a disaster from an ecological point of view. The sales of bottled water have been growing annually by six percent worldwide since 2008, writes the Financial Times. The big corporations Danone, Nestle, Coca-Cola and Pepsi are fighting for shares in the market. Your most lucrative business is no longer soft drinks, but plain and simple ordinary water.

Especially in Asia, China and India – where the governments do not always manage to permanently supply the fast growing cities with clean drinking water – the market is growing enormously. China’s consumption of bottled water has doubled in five years, from 17 billion to 33 billion liters per year.

But even in the western world, water is increasingly being bought in the supermarket. “The growth rates here are similar to those in the emerging countries,” said Marco Settembri, managing director of “Nestle Wasser” recently to the “Financial Times”. In particular, concerns about health and obesity are increasing the demand for bottled water. The Austrian Association of the Food and Beverage Industry announced that the average Austrian carried around 90 liters of bottled water home in 2014 – in 1970 there were six. The domestic beverage companies filled around 750 million liters of water in bottles last year.

In Europe and the USA, water has become a popular lifestyle product in recent years. The advertising industry has achieved amazing things. She markets a product that everyone already has at home and makes incredible profits with it. Pure springs, snow-capped mountain peaks or crystal clear lakes beckon on the labels of the bottles. They should suggest purity, vitality and a healthy lifestyle. Successful businesswomen sip bottled water in the television commercial. Instead of the tap, people are increasingly reaching for the bottle.
The quality of standard mineral or table water in many countries is by no means better than that of tap water. On the contrary – tap water is subject to a large number of tests; it is the most thoroughly checked food  of the world. Many mineral water from the supermarket contain fewer minerals and also have a problem with germs, as the Stiftung Warentest announced in a study.

And in terms of price, bottled water cannot compete with tap water either. In Austria, for example, a liter of mineral water costs an average of 50 cents, for which, according to the water report of the Chamber of Labor (AK), you could get around 400 liters of tap water – without having to lug it home by crates. Apart from quality and price, the ecological component plays a role that should not be underestimated. Only 20 percent of the plastic bottles used are recycled. The rest of it accumulates in vast mountains of rubbish, huge plastic islands in our oceans are life-threatening for numerous animals.

Testing the most important questions about water
Scroll to top